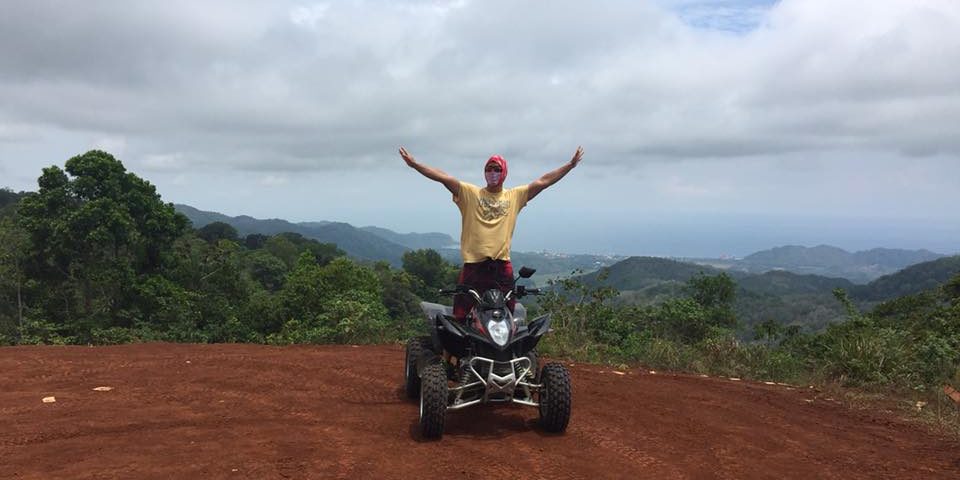 My colleague and friend Carlo are on the Air Canada Rouge plane back to Toronto after 11 days of fun, relaxing, good food, lots of surfing, laughs and getting back to Pura Vida (Pure Life or it’s a way of life. It is a perspective to life that evokes a spirit that is carefree, laid back and optimistic[1]).

I learned a lot over this week and a half: we spent quite a bit of time with my new friends Rodridgo and David who are old friends of Carlo.  Both Rodrigo and David are surf instructors, Rodrigo gave me five lessons and got me to the point where I can paddle to catch my own wave, stand and turn both directions.  As a surf instructor, you do not make a ton of money and work is very seasonal based on our winters when North Americans escape the cold for the beaches of Caribbean countries like Costa Rica. They are truly following their passion by living and raising their families in Jaco, a small tourist town where the surfing is great! The surf is so good that the town is hosting the World Surfing Championship in August.  David and Rodrigo both love surfing and have built their livelihoods around their passion.  When Rodrigo finds himself with 30 minutes of free time, he will grab his board and grab a couple waves.  Me? I check my Iphone for email, texts, and Facebook … who do you think is living Pura Vida between us?

Rodrigo’s small, dated, two-bedroom, single storey townhouse costs him $400 USD/month plus hydro for him and his young family. Features include window screens but no glass windows, no air conditioning, no rear yard, and no basement.  Located 70 meters from the beach.

On the other hand, Carlo and I invited Rodrigo and David to join us for a sushi dinner that was featuring ½ price sushi
rolls.  David had family commitments to keep, Rodrigo passed also and mentioned if this was in December, the peak or tourist season, he would have brought the whole family.  This happened near the end of May which is the beginning of the rainy season hence slow season for tourism.  For me, I’m on the other side of the spectrum, I own several investment properties, my home is in the suburbs, 4 bed, 3.5 bath, two storey, two car garage.  I lead a pretty stressful, hectic lifestyle as an entrepreneur, father of young children. I’m always connected electronically to my work and remained connected during the trip.  I also love sushi and I’m ok to drop $30/person on a very good sushi dinner once per month or more.  The question is how close to being a minimalist can you live for your happiness?  For me, it’s definitely somewhere in between when I semi-retire.

If you need a referral for surfing instructor please let me know.

Our VRBO (Vacation, Recreation by owner similar to AirBnB) host’s name is Jayson, he is a well-travelled, ex-Marine I believe who settled on investing and living in Costa Rica. I chose Jayson’s two bed, one bath, one-story town house condo because it was well located on the main strip and 150 meters from the beach.  It was simple and affordable which is what I was looking for because I was planning on eating out every meal J I am on vacation after all J

Jayson’s user reviews were also extremely positive where several users commented on how helpful Jayson was which sealed the deal.  I’ve stayed at resorts and hotels before where the concierge wasn’t helpful and sometimes didn’t speak English.  Jayson was the opposite, he offered us a laundry list of top things to do in and out of town including referring us to his own massage therapist Mayela who is strong.  Due to all the abuse I put my body through being old, playing sports and Crossfit, I need a masseuse who understands fixing athletes and after surfing, your neck and shoulders need care.  Mayela came to our townhouse with tables and sheets and all for only $40/hour.  We booked Mayela twice since she did a great job and $40 US is pretty cheap.

For fun on the trip, we mostly surfed for about two hours each session.  The waves are about 3-4 feet in height and they arrive in sets so for inexperienced surfers, it takes quite a bit of paddling to swim out past the crash zone.  As someone who does Crossfit on a regular basis, I did alright however Carlo and Rodrigo have significantly better technique than I so it helps to be in decent shape. To rent a board is $10 USD plus another $30 USD for a two-hour lesson.  Several of my lessons were with another student which was fine by me for the comradery of learning a challenging new sport, share laughs about wipeouts or washing machine as it’s referred when a wave tosses you around.  Learning in pairs also gave me a needed break as you expend much energy to paddle out past the crash zone each time so you can take a minute or two before paddling for your next wave. Of the nine days we were in Costa Rica (excluding our travel days), Carlo surfed all days but one and I surfed six days.

I’ve never surfed before hence I hired Rodrigo to teach me.  I’m a big believer in avoiding injury, shortening my learning curve by hiring coaches and taking lessons to maximize the experience etc… if I had only listened to my own advice when I was 20, I would have worn a helmet, wrist guards and taken lessons to learn to snow board.  Instead I blacked out several times from smacking my head and broke my wrist and had a miserable time 😛

Back to surfing, setting aside ego, Rodrigo had me on a huge, 11-foot surf board the first day. Basically training wheels to surfing as the size of the board gives it extreme buoyancy and a stable platform to stand up on.  It was so stable; I was able to stand for every wave I attempted. Day 2, since I appeared to be a fast learner, I dropped down to a 9’6” board.  Not so fun. I face planted several times as my positioning and balance was off using a smaller board. I only caught one awesome wave as I able to avoid smashing into a pretty young beach goer by turning but  the rest the time was a miserable battle.  I had such a difficult time even just staying on the board when there weren’t waves and fell off my board several times.

Day 3, again setting ego aside, the training wheels came back on and I’m on the 11-footer again and had a great time again catching pretty much every wave and on Rodrigo’s cue, I would paddle for my own wave.  Previously, he would give me a push for the needed speed to catch waves.

Day 4, I think someone already rented the 11-footer so I’m back at 9’6 and I’m getting the hang of things. I face plant maybe only one as I’ve made adjustments on my board positioning, standing up, foot position and balance.

Day 5, was my best day, again at 9’6. I don’t get crushed by any waves, I’m making adjustments on the fly, e.g. I’m sitting there waiting for a wave, Rodrigo orders me to paddle out and a rogue wave appears like a tsunami.  I’m in its crash zone and facing the wrong direction so I decide what the hell, might as well paddle for the wave and if it still crushes me, at least I tried.  Rodrigo is paddling out, so I’m on my own with no instruction.  Lucky enough I catch it, stand up, and ride it.  If you’ve ever been wiped out by a wave then you can appreciate how much better it is to ride a wave than it is to have one crash on you and crashing sucks.

On this day, I still miss waves as I don’t paddle fast enough or my positioning in the water is off but after I miss a wave, I look over my shoulder and see the next one coming and paddle for it and catch it.  I’m starting so see why so many obsess of this sport.

(different David, ask for him if you go), picked us up from our front door and dropped us off at their store. We were given a lesson, did a quick spin in a vacant lot to get comfortable then we rode through the streets to the mountains.  We rode on dirt roads, crossed rivers, up steep hills and down steep hills.  We made three stops in our four-hour tour, the first was at a clearing on the peak with lovely views of the town and surrounding rainforest, mountains and valleys.  2nd was for a waterfall for a dip and I climbed to the top of the waterfall for fun and a challenge. 3rd was for lunch at a restaurant/bar on the mountain pretty much in the middle of nowhere with lovely views and a traditional Costa Rican lunch of rice and beans, fried plantain, salad and pan fried chicken with a side of local, beer called Imperial.  Our guide David had been excellent so we bought his lunch as well.  We appreciated his hard work to become rather fluent in English as he was one of the few that did.

Before going ATV’ing, being minor germophobes, we bought bandanas for $5 USD to wear under the helmet to cover both our hair and faces to filter out trail dust and ATV exhaust from the rider in front of you.  An excellent investment and souvenir for the trip J

Tripadviser.com and app are my best friend when travelling and helping me choose restaurants and so we did sample several top 10 restaurants in the area and much to my surprise, they were all very good.  We dined at Café Namaste for Indian food where I had fish served in curry sauce and it was excellent and they have a nice menu of refreshing fresh fruit smoothies. Pizza Pata had very good pizza where they sell rectangular shaped pizzas by the meter. On a rest (non surfing) day I had lunch there by myself and had a 25 cm Hawaiian pizza, almost a square foot in size with a glass bottle of coke which was all delicious for about $8,500 Colones, a bit over $21 CDN served with chimichurri on the side which was also tasty. I could only eat at Pizza Pata on my own because Carlo is on a bit of health kick as he’s trying to lose some weight.

Tsunami Sushi was excellent, we went there twice, both times it was half priced sushi rolls and the quality rivalled the better sushi restaurants back home.

Los Amigos is the sports bar we patroned to watch the NBA playoffs.  It was alright and they had plenty of TV’s showing whatever sport you wanted.

Panaderia Artesanal translated in my poor Spanish skills is Artisanal Bakery. Their Spinach empanada are the bomb. We ate here several times as the food was fresh, coffee was excellent, and it was close by.  Everything looked like it was baked that morning and I enjoyed everything I ordered: croissant sandwiches, grilled smoked salmon wraps. The tortilla wraps were homemade… loved it.

Then there was our mainstay Sodas for about half of our meals.  Soda means buffet I think.  Patrons stand in line (this is low season so there were barely lines) in front of a hot table to order your rice, beans, protein, fried plantain, and various salads or fresh fruit.  There are two Soda’s nearby, one off the strip, the other very close to the beach and I prefer staying near the beach.  Carlo and I would eat for about 6-7,000 colones or under $10 Canadian.  The affordability could not be beat hence the Sodas appeared to be the favourite among the locals.

Saving for a downpayment has never been harder for Canadian homebuyers: National Bank | LIVABL
February 16, 2021